Body: Flattened and oval, long thread-like antennae, and a shining black or brown leathery integument. The head is bent downward, and the mouthparts point backward.

Male cockroaches usually have two pairs of wings, whereas most females are wingless or have vestigial wings. Their structure is very firm and they are quite large insects; some species have a wingspread of more than 12 cm [4.7 inches].

Living: They usually live in a warm, humid, and dark environment.

Diet: Cockroaches damage more material than they consume and emit a disagreeable odor. They can damage wallpaper, books, and even electronics, they contaminate food and spread around harmful microbes… The diet of the roach, which includes both plant and animal products, ranges from food, paper, clothing, and books to dead insects, especially bedbugs.

Life cycle: The female produces eggs in egg cases. These are sometimes held protruding from her body or may be glued in protected areas. After the female deposits an egg case, the soft white nymphs emerge. As their exoskeleton hardens, it turns brown in color.

The GERMAN COCKROACH (Blattella germanica) is a common household pest. It is light brown with two dark stripes on the prothoracic region. Because it is small (about 12 mm [less than 0.5 an inch] long), this cockroach is often carried into homes in grocery bags and boxes. It has spread throughout the world thanks to human transport, including long-distance transport by ship.

The ORIENTAL COCKROACH (Blatta orientalis) is considered one of the filthiest of household pests. It is oval, shiny black or dark brown, and 25 to 30 mm (1 to 1.2 inches) long. This cockroach has been distributed by vehicles of commerce from its Asiatic origins to all the temperate regions.

Body: Their size is from 2 to 25 mm (about 0.08 to 1 inch). Their color is usually yellow, brown, red, or even black. An ant has a large head and a slender, oval abdomen joined to the thorax, or midsection, by a small waist. Their antennae are always elbowed.

Living: They live worldwide and are especially common in hot climates. There are generally three castes/classes within one colony: queens, males, and workers.

Most ants live in nests; located in the ground or under a rock or even built above ground and made of twigs, sand, or gravel. Some species live in the nests of other species as parasites. These larvae are given food and nourishment by the host workers.

Diet: The food consists of both plant and animal substances. Certain species often eat the eggs and larvae of other ants or those of their own species. While some species eat also the liquid secretions of plants.

The workers are females and do the work of the colony, with larger individuals functioning as soldiers who defend the colony. At certain times of the year, many species produce winged males and queens that fly into the air, where they mate. The male dies soon afterward, and the fertilized queen establishes a new nest.

The BLACK GARDEN ANT (Lasius niger) or common black ant is found across Europe and in some parts of North and South America, Asia and Australasia. They are a host to a number of temporary social parasites. They feed on anything, especially if sweet and scavenge in kitchens, garbage and also dog excrement, therefore they can potentially spread diseases such as salmonella.

The PHAROH ANT (Monomorium pharaonis) is a small insect (about 2 mm long) with yellow or light brown, almost transparent coloring. The origins are unknown but they live in almost every area of the world being a major indoor nuisance pest in the United States, Australia, and Europe. They also thrive in temperate regions in centrally heated buildings.

Body: The reddish-brown adults are relatively small, only 4 – 5 mm (less than 0.2 an inch) long. The body is dorsoventrally (from back to front) flattened. The atrophied wings are inconspicuous and non-functioning.

They have obvious eyes and sucking mouthparts. The distinctive oily odor of bed bugs results from a secretion of the scent, or stink glands.

Living: Bed bugs are found almost anywhere their host can live. Around the bed, near the piping, seams, and tags of the mattress and box spring and in cracks on the bed frame and headboard.

They can squeeze into really small hiding spots. If the room is heavily infested, they may be also found:

Bed bugs can survive and remain active at temperatures as low as 7°C (46°F), but they die when their body temperatures reaches 45°C (113°F).

Diet: Bed bugs feed on the blood of humans and other warm-blooded animals without being noticed because they inject their saliva into their host together with anticoagulants and painkillers. To obtain a blood meal the bed bug pierces the skin of the host and injects saliva. The anticoagulant in saliva makes the blood flow more easily.

They are most active at night or in the early hours before dawn, but if starved for some time they also may be active during the day.

Bed bugs ingest their meal rapidly only taking 5-10 minutes to engorge themselves. A blood meal is required at each of the five stages of nymphal development.

Life cycle: Female bed bugs lay several eggs in small batches, which hatch in about 10 days. Adult bed bugs can live for approximately 6-12 months. Each female lays an average of 200 or more eggs during a single reproductive period, and three or more generations may be produced in a year.

Reactions to bed bug bites can vary from no reaction at all to severe irritation and localized swelling at the bite site.

Back to all insects 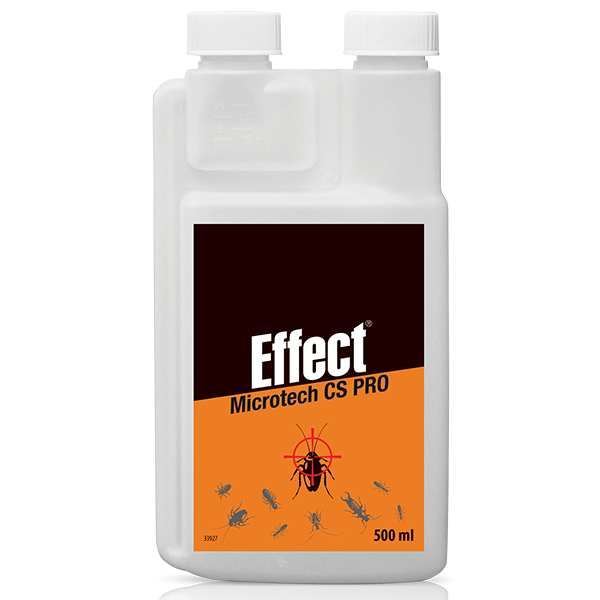 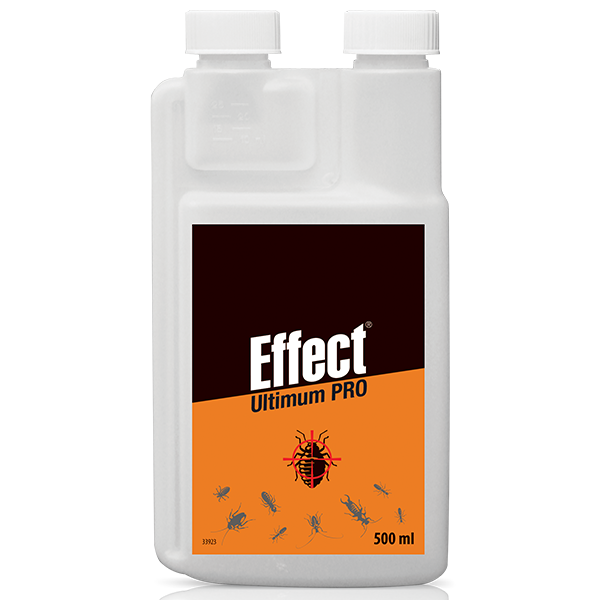 ALL PRODUCTS
Copyright 2022 Unichem | Terms & Conditions |Izvedba: AV Studio
We use cookies to ensure that we give you the best experience on our website. If you continue to use this site we will assume that you are happy with it.Ok