Effect Microtech CS PRO is a non-systemic insecticide with contact and stomach action, based on a combination of three different active substances. 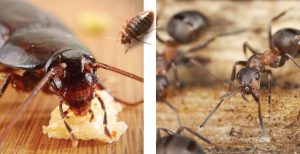 The product has been formulated using microencapsulation technology to provide a product designed specifically for the urban and household environment.

A contact insecticide is especially effective against crawling insects. It is meant for the control of Cockroaches (Blatella germanica, Blatta orientalis), Bed bugs (Cimex lectularius), and Ants (Monomorium pharaonic).

Because of the added synergist, the microcapsules in Effect Microtech CS PRO do not sink over time but remain evenly distributed throughout the entire volume.

Microencapsulation is a process in which tiny particles or droplets are surrounded by a coating to form small capsules. 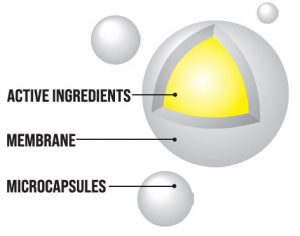 In a relatively simplistic form, a microcapsule is a small sphere with a uniform wall around it.

The material inside the microcapsule is referred to as the core, internal phase, or fill, whereas the wall is sometimes called a shell, coating, or membrane.

The primary reason for microencapsulation is found to be either for sustained or prolonged release of an active ingredient. This technique has been widely used for delayed onset of symptoms, and targeted delivery of the actives, masking taste and odor of active ingredients, it reduces mammalian toxicity and increases safety to non-target organisms.

The actives, such as natural pyrethrum, which are sensitive to sunlight or moisture can be stabilized by microencapsulation.

Because there is controlled release from capsules, fewer treatments are needed and that is why the product is also more user-friendly.

Elimination of the population

The microcapsules are in diameter from 5 to 15μm and are obtained by the process of polymerization.

The size of the microcapsules enables them to stick on the bodies of insects so that they then carry them into their nest, thus causing the entire insect population to be exterminated.

This mode of action, the size of the microcapsules, and their wall thickness enable a gradual and even release of the active ingredients, which ensure the product effectiveness up to six months on the treated surfaces (even on porous surfaces). Most of the active substances are inside the microcapsules, except 2% that is in the space between the capsules, which ensures the fast action.

But most important is to remember and know that having the right formulation is key to long-lasting, safe, and effective protection against insects.